Past 10 Questions you missed 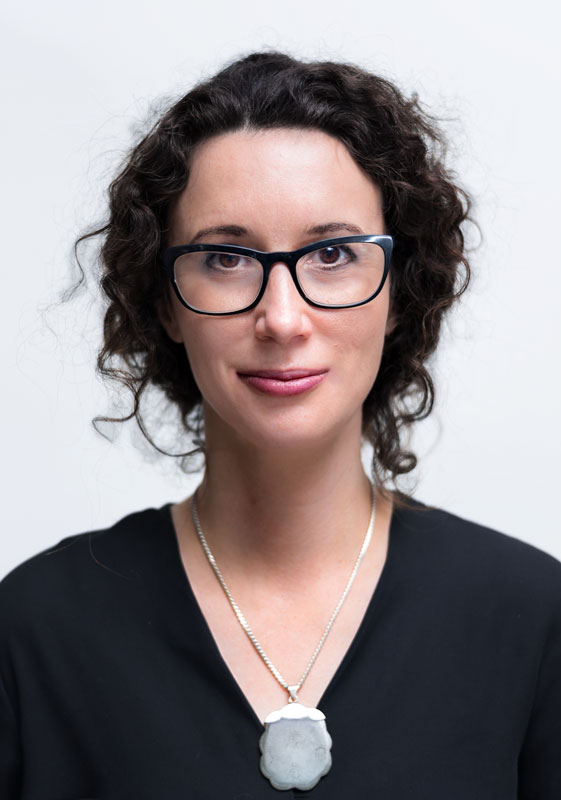 If Ivy Garrenton went to her 12-year-old daughter’s school on career day to talk about what she does, she might need more than one time slot. Besides working at NCSC as a multimedia development manager, Ivy is also an adjunct professor at a community college, and an artist. “I’ve always had a lot of interests,” she said. To find out who she admires most, and why, keep reading.

What did you want to be when you were growing up? I imagine I wanted to be a world traveler or something like that. For as long as I can remember, I’ve always had a lot of interests. I’ve never been able to settle on one thing.

How did you end up at NCSC? I worked at Colonial Williamsburg in digital media. We redesigned CW’s website and created a mobile app, and not long after that, everyone got laid off. But that turned out to be perfect timing because that was when I heard about the job here.

What does a multimedia development manager do? I work on a team (with Derek Felton and Emily Montalvo) that creates courses. We all do a little bit of everything, but we all have our specialties. I work on course development and design.

You teach motion graphics, animation and interactive design at Tidewater Community College. What’s been the best thing and the worst thing about teaching during the pandemic? The best thing for me is the convenience of it and the fact that I’m not much of a public speaker, so I’m not lecturing in a classroom right now. The hardest part is demonstrating things that you want the students to do. Overall, I like it, but I realize online instruction is challenging for many students for different reasons. I’ve had students who’ve told me, “I just can’t do this anymore.”

What’s something about you that surprises people the most when they hear about it for the first time? Most people either know me as an artist or as a tech person, and they’re really surprised when they find out I’m both.

Have you ever met anyone famous? If so, what were the circumstances? Not anyone who you would know. I’ve met a few famous Buddhist monks at some teachings I’ve attended.

Who do you admire most, and why? I’d have to say my mom’s dad. He was a mythological person with a giant personality, a self-made man who was very much an optimist and full of advice. He told me if I put my mind to it, I could do whatever I wanted.

Sounds like a great guy. How was he self-made? He was in the Korean War and came back and worked for the railroad. He was seriously injured after getting caught between two box cars. He sued the railroad and received a very large settlement and then went to work as a union rep, helping other injured railroad workers. As a union rep, he met a lot of politicians, and he also bought and sold businesses. …He was fascinated with compact discs when they first came out, and I remember he said, “One day they’re going to be able to put thousands of songs on something the size of a drop of water.” I thought, “OK, grandpa, whatever you say,” but he was right.

If your house was on fire, what would you grab if you could grab only one thing? It would have to be a 20-gallon Tupperware container filled with genealogical papers and family photos and wills. I have letters from family members going back to the 19th century and oral histories on tape. …I’m the family record-keeper. Relatives give me things and I put them in there. I really should digitize everything, but that takes time that I don’t seem to have. (Laughs.)

Past 10 Questions you missed