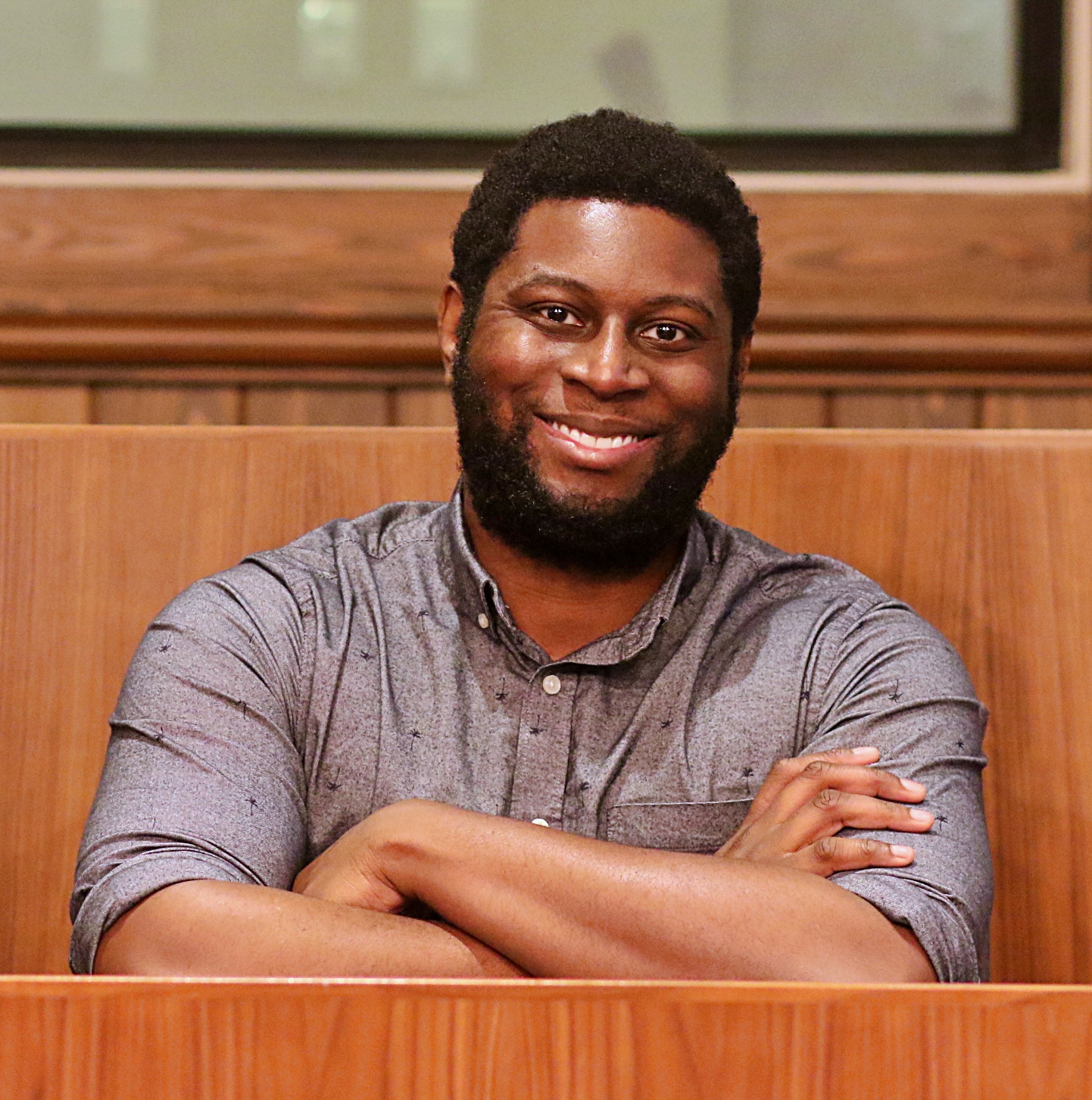 Born in Richmond, Dexter grew up in the suburb of Midlothian and credits his parents – an educator and a manager of an occupational therapy unit – for instilling a desire to work hard, keep up with current events and learn from life’s experiences. He received a degree in broadcast journalism from Hampton University and last year joined NCSC, where he is a media production specialist. When he’s not working for us, he keeps busy writing trivia questions and blogging about TV game shows. Keep reading to find out why he loves game shows so much.

What’s your favorite game show? Growing up it was The Price Is Right. Now it’s Press Your Luck.

What did you hope to do after graduating from college? I wanted to work in television in some way at a news station, and around the time I got my degree, I received a job offer to be a production assistant at WVEC-TV, an ABC affiliate in Norfolk. Unfortunately, I had to turn it down. It was just part time, and they offered me minimum wage, and I didn’t have a car at the time.

I saw on your LinkedIn page that you also work as a trivia question writer for a company called , Game Night Live. Anyone who’s ever loved Trivial Pursuit probably wishes they could do that. How did you get that job? It was a little bit of serendipity and little bit of luck. A help-wanted ad for that job showed up on my Facebook feed, and I thought, “I have 28 years of experience doing this. I’ve been watching game shows my whole life. Why not give it a shot?”

How do you come up with trivia questions? It takes a lot of brainstorming and a lot of letting my mind wander, but I never want to write something too daunting, like what you see on Jeopardy.

What’s something interesting about you that few people know? That I’ve been a die-hard game show fan all my life.

Why? What is it about game shows that you love so much? They’re a great way to learn new information. They’re a great way for everyday people to be rewarded for the information they know or for what they can do. And they provide a positive distraction from whatever’s going on in the world that’s not positive.

Have you ever met someone famous, and, if so, what were the circumstances? When I was at Hampton (University), I directed a show called Caldwell Café, and that gave me an opportunity to meet Fred Johnson, the executive producer of The Bernie Mac Show and Moesha. I got to talk with him about what I was doing at the time. …A few years ago, I interviewed Steve Harvey for my game show blog, The Blog Is Right. He was just starting his fourth season of Celebrity Family Feud, and I talked with him about what viewers could expect to see during that season. He was funny, his normal self – easy to talk with – but I remember that he was 15 minutes late. That put me in a bind because I was doing the interview during my lunch break. (Laughs.)

OK, let’s end this interview with another frequently asked 10 Questions question: Your house is on fire, and you only have time to grab one thing. What is it, and why? My MacBook. A lot of my content is on it. If that’s the only object I have left in the world, I can do a lot with that. I’d be fine.