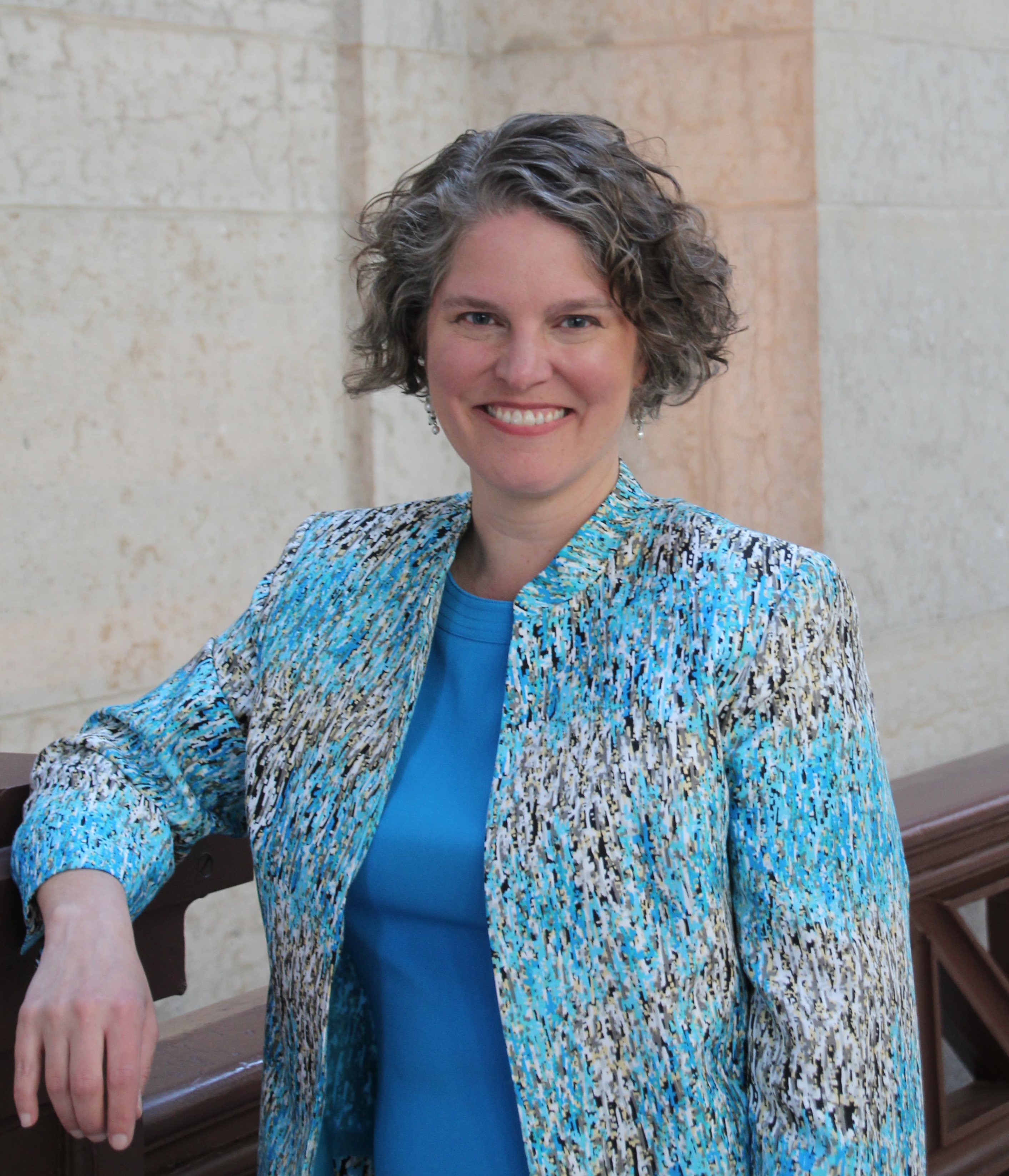 Like a lot of people who work at the National Center, Margaret’s journey here is the result of what she calls “a long and winding road.” It started after she left Indiana University and decided to return to her hometown of Columbus, Ohio, to figure out her next step. She transferred to Wellesley College in Massachusetts, and after graduation worked at Lesley College in Cambridge and as a a corporate concierge at Fidelity Investments in Boston. Which led to a decision to return to Columbus. Which led to a temporary job at the Ohio Supreme Court. Which led to a full-time job there under John Meeks. Margaret followed John here but is based in Columbus, traveling frequently to ICM courses and NCSC headquarters.

What did you want to be when you were growing up?  I don’t remember having a calling from an early age, but going through schoolwork that my mom saved, I found something I wrote that said I wanted to be a teacher, a nurse or a cocktail waitress. (Laughs.) I have no idea where the cocktail waitress idea came from. I remember watching (the TV show) The Love Boat. Maybe that’s where I got the idea.

When you were at Wellesley, you must have given some thought to what you wanted to do after graduation. I loved the French language and always found human behavior fascinating, so I had a double major in French and psychology. A friend of mine said I majored in pre-unemployment, which, fortunately, didn’t come to pass.

Are you fluent in French? I would say yes. I don’t have an opportunity to speak it frequently, but it’s all up here (tapping her temple).

When you were a corporate concierge, what was the strangest thing you were asked to do? I was asked to find battery-operated Christmas lights for the headstone of a family member (of an executive) who loved Christmas. I also was asked to replace the tin lining of a copper pan. That wasn’t easy, but I found someone to do that. … I helped someone plan a trip to France, so my French has come in handy from time to time.

Who do you most admire, and why? My mother. She has given me everything in terms of opportunity, education and support of all kinds. And it was not something given to her…I used to joke that we went to every historical site in the tri-state area. We went to concerts, plays and museums, and traveled all over the U.S. and beyond.  She would say, “Let’s learn.”  My parents divorced when I was four, so it was just she and I. I don’t know how she did it.

Have you ever met a famous person? My dad was a child star. When he was 12, he played the leading role in the first-ever opera commissioned for television, Amahl and the Night Visitors. It was broadcast live on Christmas Eve 1951 on NBC, and there was a (favorable) review of it on Christmas Day in The New York Times. After that, my dad signed a contract with Universal to do three movies, but he was a boy soprano, and his voice changed after finishing the first film, Meet Me at the Fair.  Colleagues in Ohio and at NCSC may have seen the movie poster in my office that hung at the Ohio Theater when the movie showed there.

Your dad’s fame must have made you proud. Yes. One of the things I most enjoy is meeting people for whom Amahl is a big part of their family Christmas tradition.  It’s a great story about the three kings going to meet the Christ child and the night they spend with a poor widow and her crippled son.

You have a lot of musical ability. Do you think it came from your father? I’d like to think it was a gift from him! I certainly appreciate having his curly hair. I started taking piano lessons when I was 4, and I did that for 11 years. I started in the band in 5th grade (alto sax). I did a ton of music through high school (band, jazz band, choir and show choir) and some in college. Mostly classical music early on, but then I developed an interest in jazz and took (jazz piano) classes starting several years ago. I’m not a professional, but I’ve played at a few parties.

You also have a lot of confidence. Where did you get it? I would say my mother. She gave me unconditional support. She was at every game, every performance. Everything.

Who are some of the other important people in your life? At the top of the list are my husband Carlos, and our three kids, Ben (23), Nina (23) and Isabel (10).  Carlos and I married when the twins were 9, so I say that I had twins the easy way -- as a stepmom!  Carlos is a stay-at-home dad, and he makes “my way of life” possible by holding down the fort when I need to be away from home.